Behind The Mirror
by Seasons Of Time

by Seasons Of Time

Released 1997
Prog-Rock as inspired by the likes of early Genesis, Marilion and Pink Floyd, SOT composed and recorded this conceptial work, based around a true event that shattered US neighbourhoods. A married woman torn by her affection to another man gives in to the temptations of false liberty which climaxes in killing her two children. On the run with her new lover, she finally ends up alone with the every vivid spirits of her murdered children. Emotionally disconcerting, SOT explore the vast variety of the protagonist's emotional downfall by using the limits of their chosen musical genre in solid manner.www.seasons-of-time.com.com 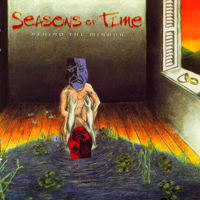