The Nomenclature
by USR

The Bright Below
by CMDR RIKR

Particles Of Fraud
by USR

A Permanent Departure
by USR

An Exercise In Alibis
by DE3IVAT

Beware Of The Leopard
by Twarlex

Accelerate On Stalemate
by DE3IVAT

Evolution Of Obsolescence
by DE3IVAT

Methods Of Efficiency
by DE3IVAT

Welcome To The Fine Machine
by T3AFO

Penem In Os Mulieris Arrigere... [The Directors Cut]
by Koža

Sealed In Sin
by Immortal Sin

Trip To Florida/Disworld
by Julius vs кожа

Bringer Of Ages
by Room 101

Behind The Mirror
by Seasons Of Time

One Encounter (Single)
by Koža

Decay Of Conscience
by Room 101

Species Of Lust (EP)
by Koža

Had a scheduled release for November 2009, but was scrapped. Digital Release: April 2016
In 2008 Jörg Abendroth & Mirco Dalos planned to relaunch classic wave/gothic combo ROOM 101. Unfortunately the idea never materialised. Yet, they sat together with old time partner Etch to transfer and restore all of the original master tapes (which are all 8-track, 1-inch analogue tapes) into the digital domain. In doing so, they found a mere nine tracks of unfinished and unreleased material alongside alternative versions of older tracks. From that they compiled THE ESSENTIAL (1994 - 2009) double cd-album which was due for release late 2009. Now, while creating the new shop for the catalogue of Data File Music, we found this worth to be made available digitally. Download Versions come with an extensive booklet of liner notes.www.datafilemusic.com 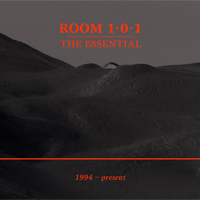